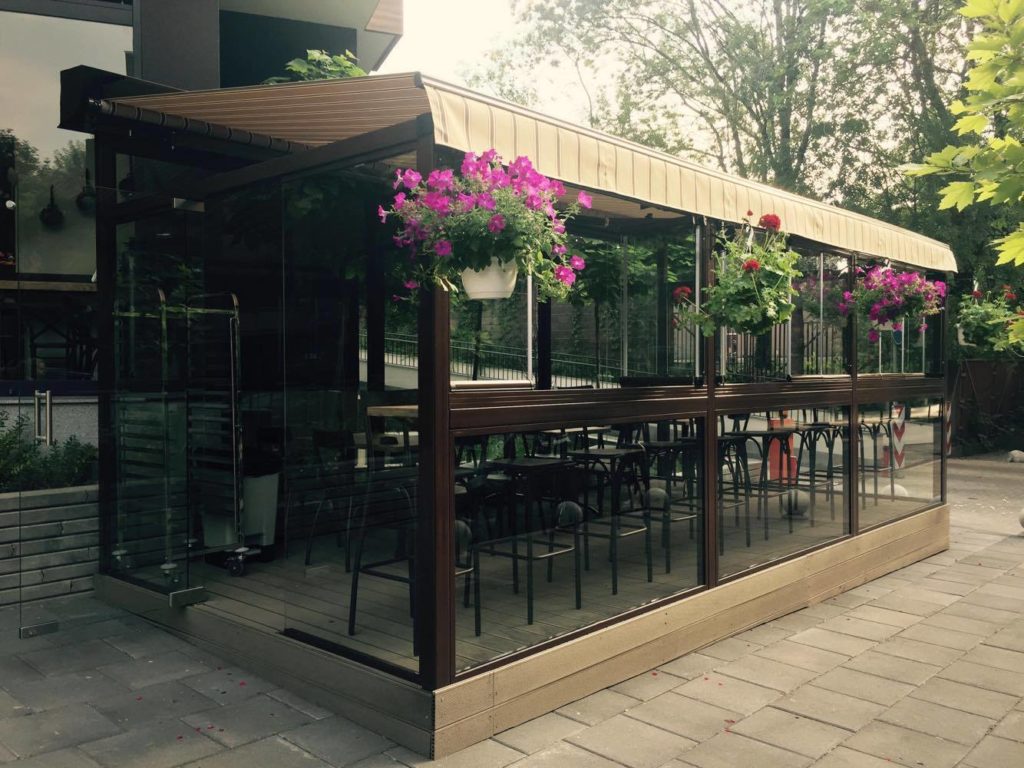 We are pleased to announce that on the 12th of April 2017 our temporal structure for “Musaka Bar” was installed.

We are pleased to announce that on the 5th of April 2016  our project for Musaka Bar was officially opened.

Recommendations for a better Sofia

Everyone can name the cities with the best living standards worldwide. But let us not know that copying directly from the urban models of Vienna or New York would not lead to the most optimal concept in our homeland. Every city is unique by itself and it should develop on its own. The city of Sofia can spark with its identity and character not by simply copying the international praxis, but by taking them under consideration.
Our capital needs a new and thorough expert strategy for its development in the next 20 years. The success of Sofia can be found in the balance of our 8 recommendations:

1. Compactness
Increasing by territory is enemy number one of the sustainable city. The city should increase its density by optimizing the already existing city fabric. But it should not do so in the way it has been done in the so-called bad examples of excessive thickening of the building process, such as in the districts of “Losenets” and “Manastirski livadi”, which doom the central city areas to turn into a ghetto. The primary problem in Sofia is the impressive difference in the building density area between the north and the south parts of Sofia. We suggest forecasting with the aim of creating a balance within the future constructions. Sofia is a city with hidden potential. The uncultivated parks can be reconsidered, and the untended buildings and free space can live a new life through implicating new functions and programs. The city should grow in height, not in width, because the new roads are disintegrating the city fabric. We would like to emphasize that it is the compactness, which brings better synergy in the distinct typologies and programs within the city area, as well as it reduces the time needed for transportation, and thus leads to saving of time, money and reduction of pollutant emissions.

2. Green System
Sofia possess more than enough green area, which however has not been systemized and managed well. We believe that a new general plan should be created, so as to assemble all green fields, gardens and parks in one working system, which could end in Vitosha mountain. Perlovksa and Vladaiska river, which are both located in the city center, can be turned into the ideal “ring”, so as to unify all the green fields in one entity. The South ring road, which has the type of an “urban highway”, is currently making the path from Sofia to Vitosha mountain impossible for pedestrians. That is why it should be lowered on several places, the first one being Cherni vruh boulevard.

3. Zoning
Sofia must have coordinated zones, in a way for its focus of development to be clarified. Currently the historical center of the city has one focus, whereas the business area and the leisure fields – different ones. One general mistake is the planning of high buildings in the foots of Vitosha mountain (that’s the case with Vitosha boulevard). Those kinds of constructions stop the incursion of fresh air and hide the mountain silhouette. The problem with the excessive building process and the balance between private and public ownership are other touchy topics.

4.Identity
Nowadays there is no city in the world that hasn’t been influenced by the globalization, both in a positive and negative way. In the whole wide world Sofia is considered to be an ancient city, proud with its rich history and culture. This advantage makes us intriguing and unique. Sofia should develop as a city under the protection of UNESCO and should preserve its cultural extravagance by all means, because the city’s charm is not hidden in the duplicated Western models of architecture, but instead it is still living in the old, crumbling buildings, spread around our streets.

5. Transportation and Parking
We are all very happy about the third metro line, which is currently being built in Sofia. A city’s success, however, is ensured when its mass means of transportation are fully eco-friendly, just like in the case with Copenhagen – a city that has been chosen for the greenest city in the world a number of times. Despite the rains and high winds, which are everyday occurrences there, the widest spread mean of transportation in Copenhagen remains cycling. But in order for the citizens of Sofia to take that decision, as well, a working system of bicycle lanes should first be planned on an infrastructural level. With no doubts will the metro and bicycle lanes decrease the car traffic in the city, but at the same time a key moment arises with the problem of fixing the parking area. Underground parking areas should be positioned along the periphery of Sofia’s center, near stations of the city transport (metro stations, bicycle lanes, etc.). A strong decision, in order to prevent the development of harmful criminal area rising around the parking spots, would be to make these spots smaller in capacity, but more by their number – thus, they can be spread in distinct places and their accessibility can be bettered. Eventually we shall not forget that Sofia should be planned in a way that will make the city accessible for disabled – handicap people, as well.

6.Social housing
Unfortunately, the difference between the rich and the poor citizens of Sofia is continually growing. An increasing percent of the younger generation cannot afford living by themselves. Thus, Sofia should introduce a concept for housing of its insolvent citizens. It is extremely important that these housing areas are not all concentrated in one place, but on contrary, they are spread around regions with residents of distinct social status, so the creation of “ ghettos” is prevented.

7. Digitalization
Sofia should have a digital platform, containing all the archives, database and analyses of the city web in real time. This system should be accessible for incomers, as well. The future of Sofia should lead to the idea of creating a “smart city”.

8. Municipality and Administration
In our opinion changes in the system of Sofia’s city planning should be made, especially when it comes to the topic of transparency. All big projects, considering Sofia’s future development, should be accomplished with the participation of citizens by creating a permanent citizens’ forum and a mechanism for discussing ideas and publically evaluating competitions. Such an initiative would aim to manage an objective evaluation and control over the work of the city’s administration. We proclaim an end to the one-sided work in the sphere of the municipal urban planning .

For more information, please visit us at our office.